I'd like to say a big big thank you for the english subs. I know you guys don't have to do this as there probably isn't that big of a non-chinese speaking audience for this, but as a british girl who loves chinese culture, chinese tv shows etc... I'm so happy I can watch this! Hopefully one day I won't need subs anymore.

Thank you for english sub!! Come here because of Deng Lun!! 😍😍 He is so funny and lovely 🥰🥰

Dilraba is so comfortable with the members now, so beautiful to see! I wish she'll be back in future seasons because I love watching her here. But also happy that the only reason she couldn't come back was because she was filming for a show i'm really really looking forward to seeing

My favourite part is when Deng lun said he’s the most handsome guy and Lei said “do you have yixing in your eyes?!” 😂😂 they’re both are handsome and both are my faves!

I hope it gonna be back, the old members are back, I miss all of them. In this season I just watch the episodes which Lay and Reba in, I love two of them.

I miss the old members so much they were super cute and funny :((((

Dilireba is so beautiful and smart.

I've only watched the first two episodes for yixing. Honestly it makes me sad how almost none of the original gang is left. The warm and close family dynamic built up in the first four seasons started crumbling in season 5, but they basically replaced everyone except for wang xun this season :(. The director and the nature of the show changed too. It just feels like a regular old variety show now, nothing like the one I cracked up to, filled with crazy schemes and touching moments. What I loved about go fighting was partially the impossible challenges, but also the cast. It's now totally different. Yeah maybe I could try getting attached to the new cast, but they keep pulling people in and out, completely disregarding the bond that has been built before. Also I would like the point out how wang xun and yixing have to take on more responsible roles now that they're the most experienced members, which isn't fun because they used to be the sillier amd more passive ones. The other members would be more active, and it was fun to see their push and pull dynamic. They can't really joke around like they used to, and yixing has retracted to his introverted state. It makes me a bit upset because everyone used to be so open and laughing freely, and now it's been degraded to a bland variety show :( Sorry for the long rant, I'm just disappointed in what has become of the show. I only come back each week to see if yixing shows up in the newest episode. I have no hope for season 7 unless they bring the original cast back.

I had never watched the original cast show, you know what nowadays ppl go for young looks n talented actors in entertainment not just laughs. Theme is important too.

couldn't agree more, you're spot on the point. the show has lost it's sparks, it was China's no.1 variety show because everyone love the old case, their brotherhood relationship are so specials and they brings so much joys to the viewers. I also stop watching after episode 3; the show has becoming so boring and dry.

Everybody is so cool especially Deng Lun :)

Aww Yixing and Deng lun are so adorable together, like bros ♡

Last season, Piggy was the reason of all the fun that happened.

tbh, my fav member is piggy. periodt. why isn't he here?

The last part of the show is so good, it was quite emotional. I hope everyone in the show as well as the health care frontlines staff are safe & keeping them healthy in helping the sick ones during this pandemic. Keep safe & take good care of your health.

Sad that Dilireba was only for 1episode, I will look really mean but I lose interest when she is not in upcoming episodes. Though I will miss all the cast, Even if I don't follow further, I know lots of fans have their fav here. best of luck ...Hope this one be more successful than the last.

Dilraba is sooo adorable! So cute when she asked why the lock was designed like that and that she could easily open it x'D 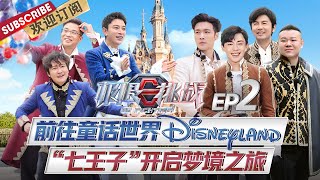 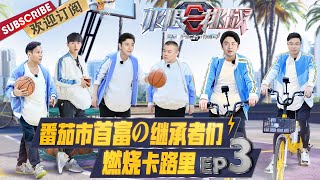 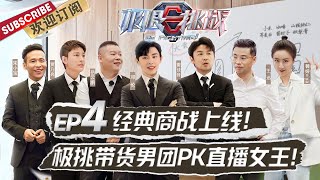 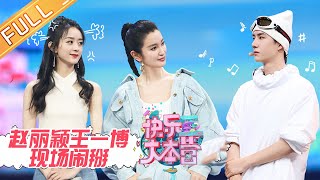 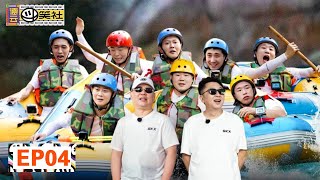 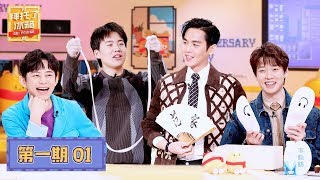 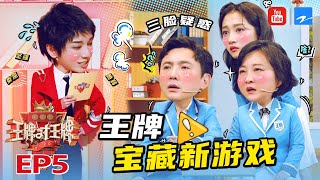 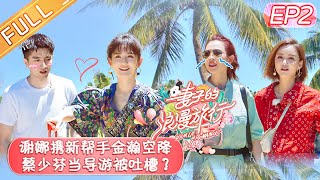 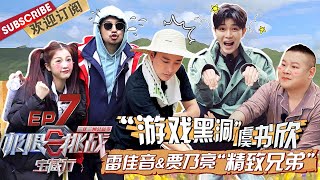